On 1 September 2017, The City hosted the launch event for See in association with the Institute for Creative Arts (ICA) and with generous support from the US Consulate in Cape Town. The event titled, “Heritage, Memory & Making Place: Sir David Adjaye OBE in conversation with Zahira Asmal” was held at Hiddingh Hall, University of Cape Town. In this public conversation attended by 400 people, David and Zahira talked about the making of the National Museum of African American History and Culture (NMAAHC), and the diverse narratives and cultures that inspire his work. Zahira extended the invitation to David as the work of See deals with the same topics of visibility, acknowledgement and celebration that he engaged with as designer of the National Museum of African American History and Culture in Washington D.C. 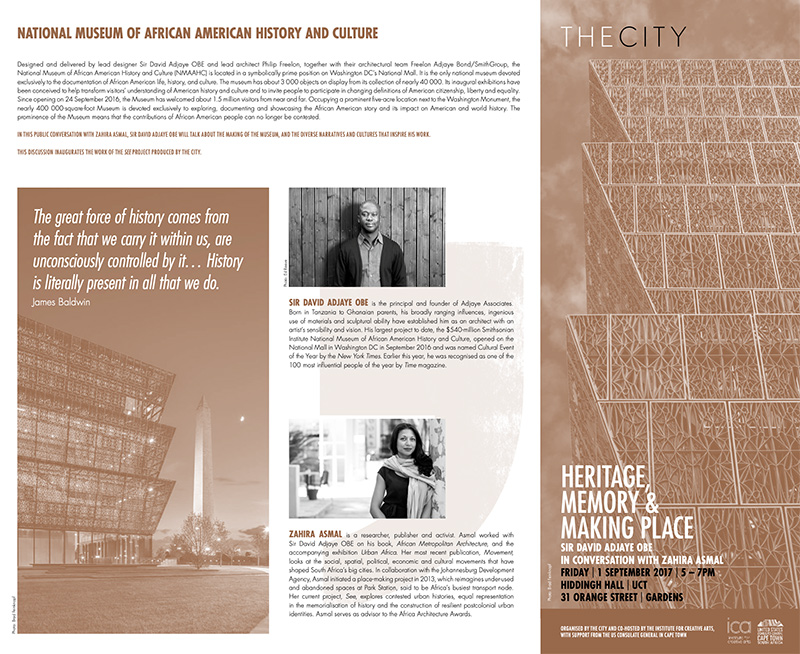 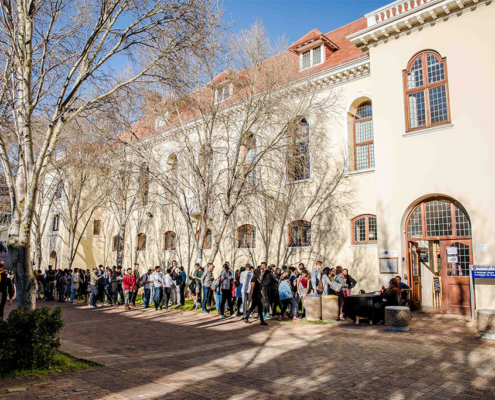 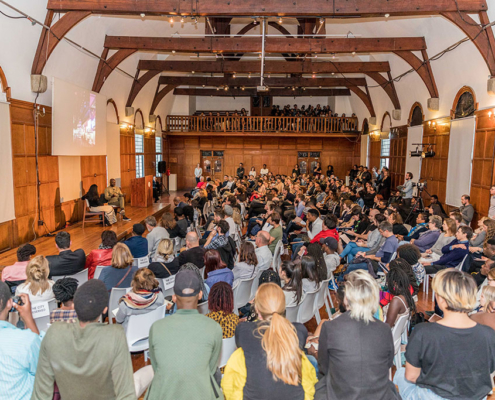 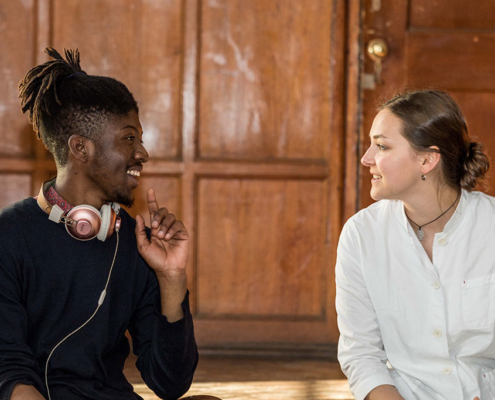 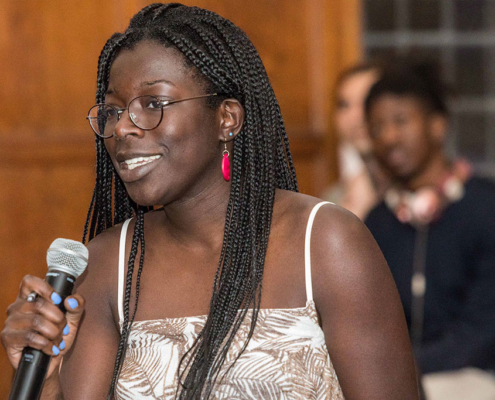 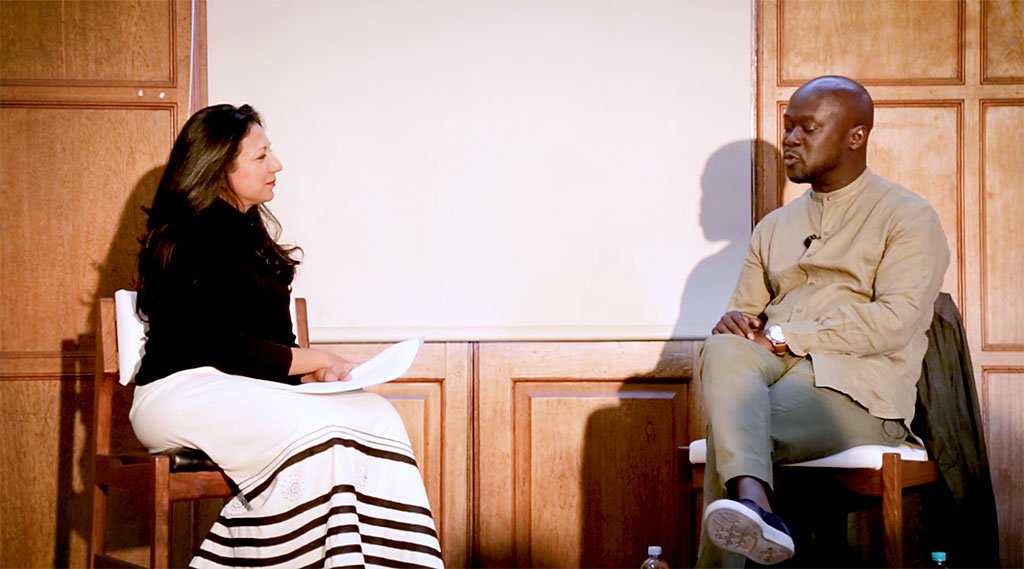 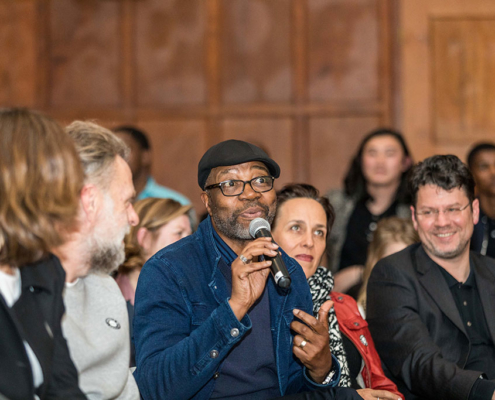 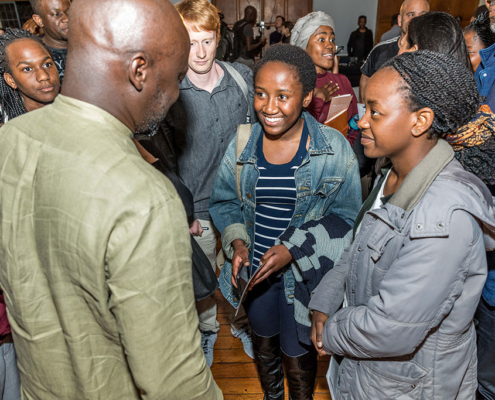 Widening the Scope of History & Memory