Visibility & Voice in the Creole City 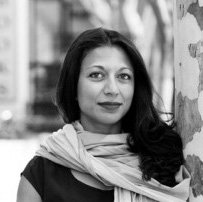 In Cape Town, one of the world’s most socially and economically unequal cities, not all cultures are regarded and commemorated equally. In recent years, protests on campuses and across the city have turned violent, with student and civic activists demanding not just more equitable service delivery, but also greater visibility and presence in the central life of the city. While conducting research for Movement Cape Town (The City, 2015), an anthology I edited exploring the economic, political, social, spatial and cultural movements that have created Cape Town and continue to shape the city, I noted responses from black and brown residents who expressed that they frequently feel ignored or unacknowledged in Cape Town.

And in instances when they don’t feel invisible, they attested to feeling hyper-visible or exoticised – singled out on the basis of difference. Considering that black and brown people constitute 84,3% of Cape Town’s population,¹ it is alarming that so many attest to feeling invisible or unrepresented, as evidenced by the numerous protests across the city. That such oppression is routinely shrugged off or deemed normal signals an urgent need to explore the generative potential in the mixed, creole aspects of contemporary life in Cape Town.

During the era of colonisation, extensive work went into establishing a tabula rasa, or blank slate – ‘cleansing’ public space of time and history in places across the world so that the colonisers could construct their own orders, references and visual cultures. Cape Town is a prime example of this – the city’s colonial legacy marks the urban landscape even today. We need to make the shift from the outdated fixity of the colonial city, which is diminishing and damaging, to a more resilient, agile and adaptable creole city based on mixedness and mixing. Outdated ideologies of racial purity and uniqueness are a toxic dead end. Our strength lies not only in diversity but also in transgressive hybridity – fusion and translation of existing forms and representations.

In my work as an urbanist I quickly learnt that it is impossible to make integrated, inclusive cities of the future without openly and honestly engaging with the histories that inform each place. Inspired by the decolonial actions of the Rhodes Must Fall movement, the conscientising street art of Tokolos Stencil and Burning Museum, and the activism of Ndifuna Ukwazi’s ‘Reclaim the City’ campaign, I recently initiated a project titled See which draws urgent attention to the histories, memories and identities that inform the evolving social, spatial and cultural realities of Cape Town. My overall aim with See is to make Cape Town a more resilient city through inclusivity and equity. The work that See produces will not only enhance Cape Town’s discourse but serve as a reference for other postcolonial cities grappling with matters of contested histories and the subsequent cultural and social identities arising out of them. I only recently commenced the historical research component of See, so this essay presents questions, provocations and paradoxes rather than firm conclusions. In certain instances, I will present my own speculative points of view in the interest of inspiring further analysis and debate.

Considering my own mixed Persian, Burmese and Indian heritage, I am drawn to the concept of ‘brown’ proposed by Richard Rodriguez and it is through this prism that I write this essay. In his book Brown: The last discovery of America (Penguin, 2002), Rodriguez writes:

Brown is impurity. I write of a colour that is not a singular colour, not a strict recipe, not an expected result but a colour produced by careless desire – even by accident – by two or several. I write about a blood that is blended. I write of a brown that is completely free of substance and narrative. I extol impurity. I eulogise a literature that is suffused with brown. With illusion, irony, paradox, pleasure. I write about race in America in the hopes of undermining the notion of race in America. Brown bleeds through the straight line – unstaunchable – the line separating black from white, for example. Brown confuses. Brown forms at the border of contradiction.

In Latin America what makes me brown is that I am the making of the conquistador and the Indian. My brown is the reminder of conflict and of reconciliation.

North of the Mexico US border, brown is the colour of the future. The adjective accelerates, it becomes a verb. America is browning. South of the border, brown sinks back in to time. Brown is time.

When you are as brown as I am the remedy for seeking compensation is an absurdity. I am both villain and victim. I am brown.²

It is this intertwining that I wish to reference in my exploration of the creole city. By Rodriguez’s definition, Cape Town was always brown. As people moved to and through the Cape, there was a blending of bodies, languages and cultures. Why then has Cape Town remained a colonial city that has not embraced its creole spirit?